The housing market in Spain is in a ‘wait and see’ moment. The first data regarding the evolution of prices indicate that there have been no significant variations either upward or downward, while the records begin to reflect the collapse of property sales due to the state of alarm and the restrictions derived from the lockdown.

Thus, for example, the appraisals carried out during the month of May by the real estate appraisal company Tinsa continue to show no statistically significant variations in the average property prices in Spain. The average price level in Spain is 3.6% higher than in May 2019.

“The alteration in the normal development of real estate activity as of March has not yet caused statistically significant changes in the evolution of prices in the residential market, which began to show signs of stabilization several quarters ago. ” – indicates Tinsa. 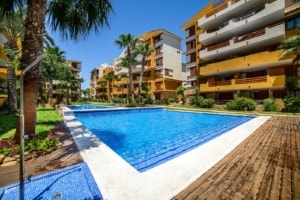 In fact, as several experts pointed out when the pandemic broke out  – as it happened in China as the containment measures have been lifted and before that in Hong Kong with SARS – the housing market has been recovering little by little to pre-crisis levels.

Provincial capitals and large cities registered a slight decrease of 1.3% in the last month, which leaves year-on-year growth at 3.8%. The smallest towns in the interior of the peninsula also adjusted moderately downwards compared to April (-2.6%) and put the year-on-year increase in prices at 2.9%. For its part, the Mediterranean coast remains at levels similar to those of a year ago (+0.3%), despite the increase in the average value registered in May compared to April.

No big fluctuations in second hand

The data from the real estate portal Fotocasa also confirms this situation of stability in the second-hand market. Specifically, prices at the national level grew 1.3% in May compared to April and registered a slight decrease of 1.1% in their year-on-year variation. At the provincial capital level, Fotocasa data show how during the month of May the price decreased, compared to the previous month, in 25 of the 50 provincial capitals.

Regarding Madrid and Barcelona, ​​two of the markets where prices have risen the most in recent years, Fotocasa data show how the price of second-hand housing falls in 62% of the districts of Madrid and in 70% of those of Barcelona, which confirms the signs of exhaustion that this market had already shown before the outbreak of the crisis. Analysing the districts of Madrid, the price escalation has remained in the range of minus 2 and plus 1.6% in the capital, and within minus 4 and +2% in Barcelona. In April, registered sale decreased more than 40%, according to data from the College of Registrars. Total real estate sales went from almost 83,000 in April 2019 to less than 47,000 in April this year.

Residential sales went from exceeding 41,000 operations to below 26,000 during this April.

If you are interested in up-to-date property related news from Spain, visit regularly our blog section or sign up now to our newsletter here.