FOUR SPANISH AMONG THE BEST TEN – Valencia and Alicante, the best cities in the world to live according to expats

When we think of big cities to live in, almost with certain automatisms, several names come to our mind: New York, London, Paris, Milan and Rome. However, despite being cities full of history, culture and entertainment, they have something in common: expats don’t like them. Or, put another way, those who live in these cities but are not born in them will not value them in a positive way, as can be seen from a survey conducted by InterNations.

According to ‘Bloomberg’, these five major cities had some of the lowest rankings in a global survey of more than 15,000 people representing 173 nationalities. Concerns about health care, safety, work-life balance, as well as affordability of housing definitely influenced the scores offered.

“Expats in big cities like New York, Tokyo, Paris, Hong Kong or London struggle to find affordable housing and are generally dissatisfied with their financial situation. Expats in these cities are often dissatisfied with their balance between work and personal life, “explains Malte Zeeck, founder and co-CEO of InterNations, a Munich, Germany-based expat network with around 4 million members. However, Spain stands out at the other end of the scale, with four cities in the top ten most highly rated by expatriates. In this way, the best cities to live are Valencia and Alicante, occupying the first two positions in the ranking. Furthermore, Malaga appears in sixth position, while Madrid does so in ninth position. In this way, Spain stands out as one of the best places to live in the world. 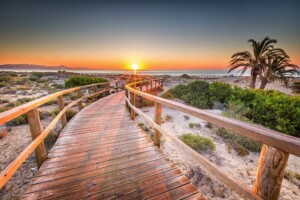 In addition to the four Spanish cities, Lisbon, Panama City, Singapore, Buenos Aires, Kuala Lumpur and Abu Dhabi complete the top ten. On the contrary, other cities, a priori with more names on paper, obtain really low scores: thus, New York appears in position 34, London does it in 51, Paris in 61, Milan in 63 and Rome in 64, ranked Pyrrhic, taking into account that only 66 cities were analyzed. Spain wins by a landslide thanks, mainly, to their way of life. According to ‘Bloomberg’, the InterNations survey was conducted in March, so it does not capture the full impact of the changes that the covid-19 pandemic has caused. However, the sentiments captured in the survey echo the trends seen this year with residents looking to relocate from big cities as they assess their jobs and lifestyle. 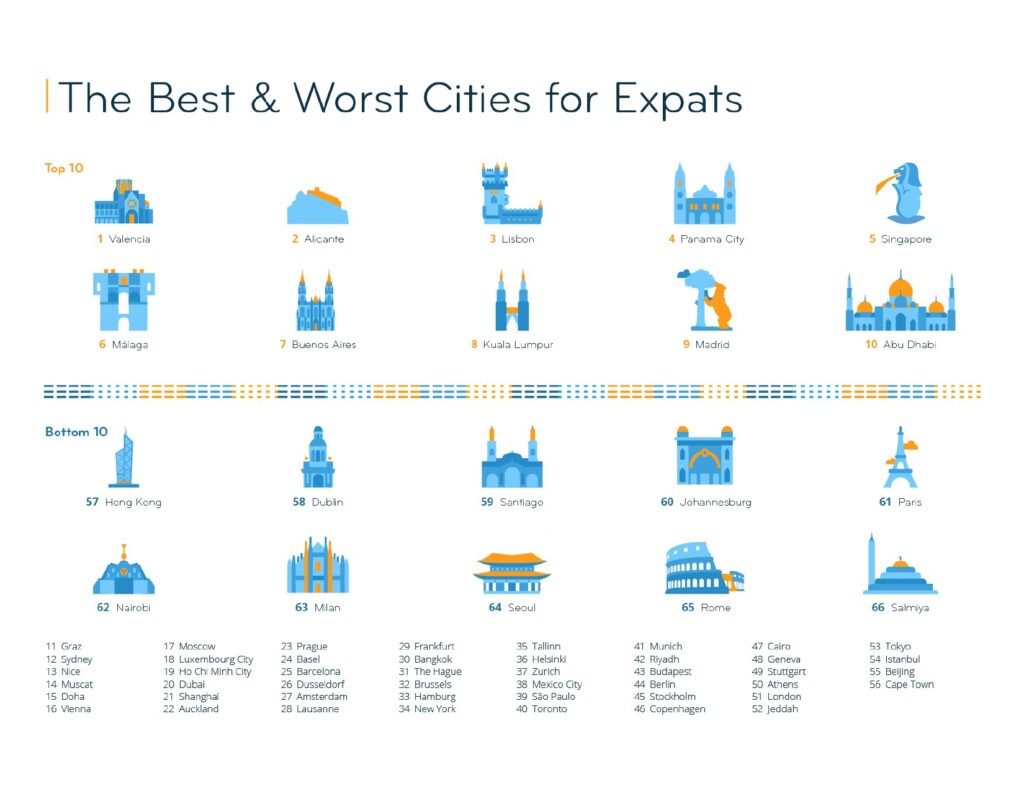