New Wealth Tax Proposal in Spain – Is it for real? Is there a real chance for the radical new wealth tax proposed by Podemos party?

In the last couple of days fears have increased upon the new wealth tax proposed by the coalition government’s far-left Podemos party.

The creation of a wealth tax is one of the main objectives of Podemos regarding a tax reform, stemming from the proposal they already had in their electoral program. It is still far from being well elaborated, but what we know now is that it involves exempting the habitual residence up to 400,000 euros and beginning to tax net assets starting at one million euros: 2% up to 10 million; 2.5% to 50 million; 3% to 100 million and 3.5% on everything above this. The objective is that the majority of the tax falls on the thousand highest assets in the country.

“The party has estimated that the new tax will raise €11 billion, or 1% of Spain’s GDP, which is the equivalent of a third of Spain’s deficit in 2019, and more than double what the government spent on health last year,” explains the Spanish daily El Pais.

So, if you have a holiday-home in Spain worth €1m mortgage-free, Podemos want you to pay €20,000 per year in extra tax. That would likely destroy the market.

Besides its direct and probably disastrous effect on the market, this proposal has several other shortcomings.

While this idea is to support the social and economic reconstruction of Spain after covid-19, according to the law office Garrigues, it will be very hard to move forward with it because it “would have to replace wealth tax, in a context where no similar tax exists in any EU country; besides questioning basic tax principles such as horizontal equity, harming saving and investment in Spain and even giving an incentive for capital to leave the country at such a difficult time for our economy”. 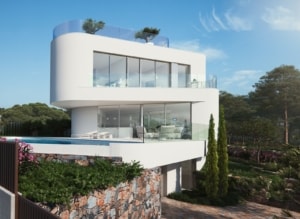 This view is also reflected in the recent announcement of Spain’s Minister of Finance, rejecting this proposal in its current form. In the same time he has also indicated that “obtaining a taxation directed towards wealth can be done through different formulas”, such as through the revision of the current tax figures to “adapt them to a greater contribution from those who have the most” as it is received according to the needs.

This said there is little chance that Podemos will be able to take this proposal through the Congress. For now it seems more like a political action to appeal to the party’s lefty voters. In fact, in the coming months and years Spain will need to attract more than ever big fortunes in the country, and any action contrary to that would probably further unbalance the treasury. There will surely be less radical and controversial reforms to adjust the tax system to the new situation, and also the much criticised Golden Visa program (well, mainly criticised by the EU) can get new momentum and revision in the coming months.

If you are interested in up-to-date property related news from Spain, visit regularly our blog section or sign up now to our newsletter here.

The European Court’s response on IRPH mortgages has been announced, which will now lead to a flood of complaints.