Find out Where Most Foreigners Buy Homes in Spain

The sale of homes in Spain continues to grow, although it shows signs of stagnation. If in general terms, in January of this year the number of operations increased by 0.3%, while the price increased by 2.6%, according to the data of the General Council of Notaries. However, the sale of free housing by foreigners is at a good time. Specifically, according to notaries, the sale of free housing by foreigners increased by 5.6% in the first half of 2018, reaching 53,359 operations.

In terms of absolute terms, the foreigner continues to feel more attracted by the Mediterranean coast and the islands. Thus, the Valencian Community concentrated most of the operations (15,613), followed by Andalucía (9,737), Cataluña (7,560) and Canarias (5,312). Meanwhile, 4,911 operations were carried out in Madrid and 3,173 in the Balearic Islands.

Properties sold to foreigners in Q1-Q2 2018, and the nationality of the most frequent buyers 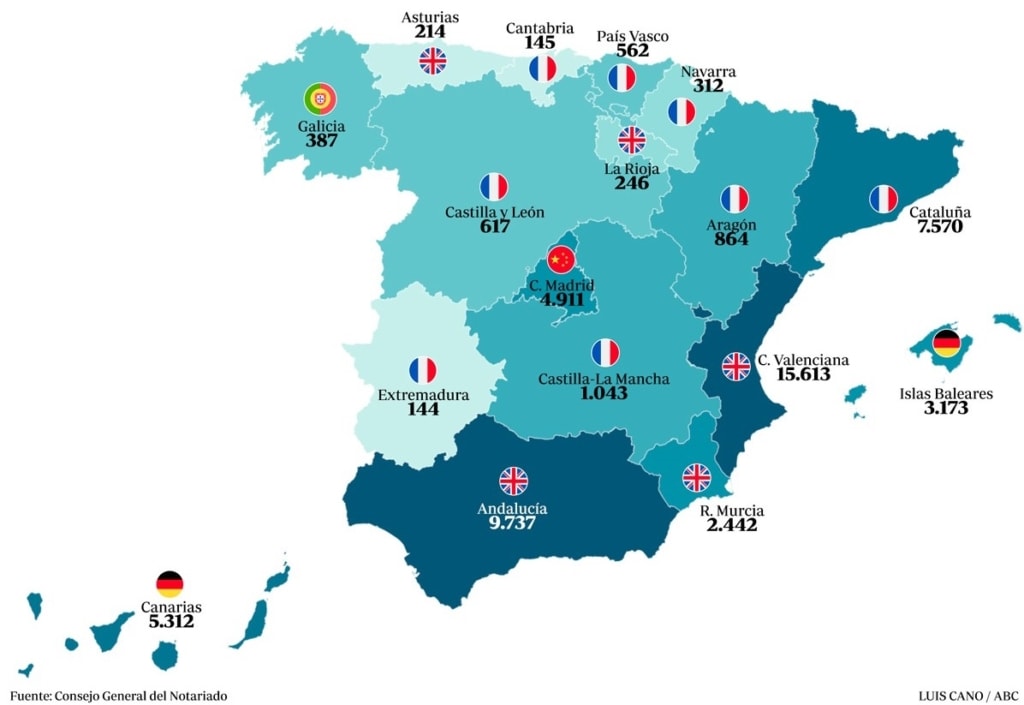 The average price per square meter of operations carried out by foreign buyers in the first half of 2018, referring to free housing, stood at € 1,687. This meant a slight increase in prices by 0.9% year-on-year, well below those registered in the second half of 2017 (5.7% year-on-year). Non-resident foreigners paid higher prices than residents (€ 1984 / m2 versus € 1426 / m2, respectively). The average price paid by non-resident foreigners grew faster (2.0% year-on-year) than by residents (1.4%), although this difference is much less significant than in previous semesters.

Spain – Investment in Brick: Record Figures of the Decade

Briefly: Find out which four Valencian municipalities are the ones with the biggest price increase