Spain – Investment in Brick: Record Figures of the Decade

The Spanish real estate market is on record. According to the report “At a glance T4 2018” by BNP Paribas Real Estate, the investment in brick last year reached its maximum level in a decade. Figures not seen before the crisis that show that the sector is heating up again, at the pace of the economic recovery.

The accumulated investment in the whole year reached 11,630 million, which represents an increase of 8% in year-on-year terms. In addition, this figure would be even higher if the corporate transactions with underlying real estate – that is, operations whose value is measured by brick assets – are accounted for: in total, the statistics would be 19,000 million.

The “culprits” of these record figures throughout the decade are found in mutual funds. These are the ones that represented 61% of the total transacted volume in 2018, with a relevant weight of the socimis as well as sellers and buyers. All this under a scenario in which investors (funds) start trusting again in the Spanish economy, although with certain caution and with suspicion in some assets due to internal turbulences (General State Budgets, fiscal policy, deceleration …) and external ones (Brexit, commercial war, populisms …). 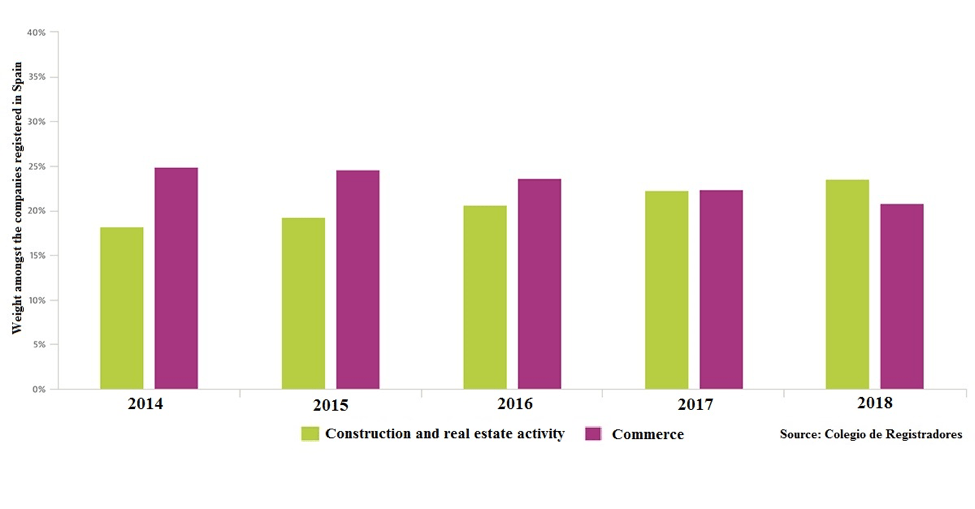 Despite of everything, the data were not identical in each of the quarters. After a start and mid-year with greater slack, the fourth quarter boosted direct investment in real estate assets. Specifically, in this period it reached 3,700 million euros, which represents almost 32% of the total … although the most relevant comes from comparing data in year-on-year. Compared to the previous year, the fourth quarter experienced a growth rate of 58%.

“The good moment in which the fundamentals of the market are at the moment, with occupancy levels at maximum and stabilized or expanding revenues in the most consolidated markets, together with the excess of capital and the few alternatives offered by other financial products, have fostered a “frantic” activity in the investment market », explain BNP Paribas Real Estate. A cluster of events that have underpinned the future of the real estate market, under the shadow of suspicion in the case of rent.

In fact, in 2018 the price of leases grew by 9.3% in Spain. However, the increase was lower than in 2017, when it rose to 18.4%. The rental market stabilizes -in general terms- and that of the investment continues its escalation. And the term “bubble”, always present.
J. Valez – ABC

Find out Where Most Foreigners Buy Homes in Spain