From the 11th May on, half of Spain has entered Phase 1 of the de-escalation process, while the other half of the country remains in Phase 0 at least one week more. You can get more information on the different phases from our previous article. 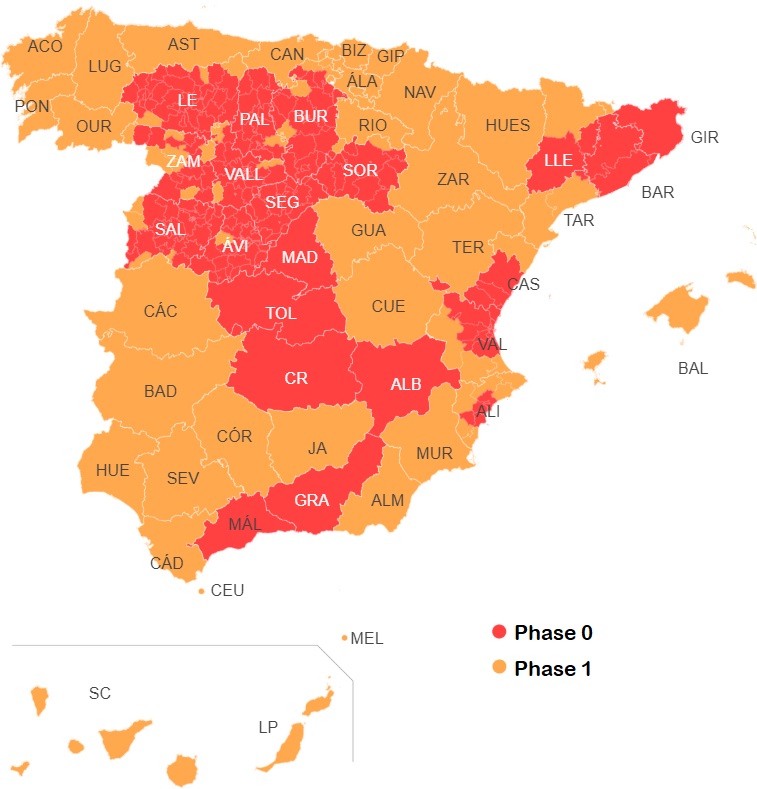 This decision of the government has obviously triggered dissatisfaction from the regional governments of the Costa del Sol (Malaga and Granada) and the Costa Blanca (Alicante, Valencia and Castellon), who were planning to ease restrictions by the 11th May to slowly restart life.

Up until now three hotels have confirmed opening their doors for public in Phase 1: one in Benidorm, one in Alicante and one in Elche. They are obviously not counting on tourists but mainly on accommodating workers of a couple of national companies. Even like this, measures applied by them will probably be with us for a good while: separation screen at the reception, mask and gloves for all workers, exhaustive cleaning protocols, elimination of any dispensable objects in rooms (magazines, stationery, pens) and, once sanitized, wrapping in objects that do have to be in the room, such as glasses or remote controls.

Originally the government proposal was to allow bars and restaurants to open with a 30% of their maximum capacity, but owners have replied that in that case they prefer keeping closed and receiving the state aid, since from the moment they open with whatever restriction in place, they are not entitled for the subsidy any more. So upon pressure of these interest groups, the government eased this requisite and allowed for a 50% limit, with the 11th May as the first opening day for those in Phase 1.

There has been several proposals as to what measures shall be taken in order to maintain the balance between beach experience and safety. This video shows one of them, so beaches will be something like this at least this summer: 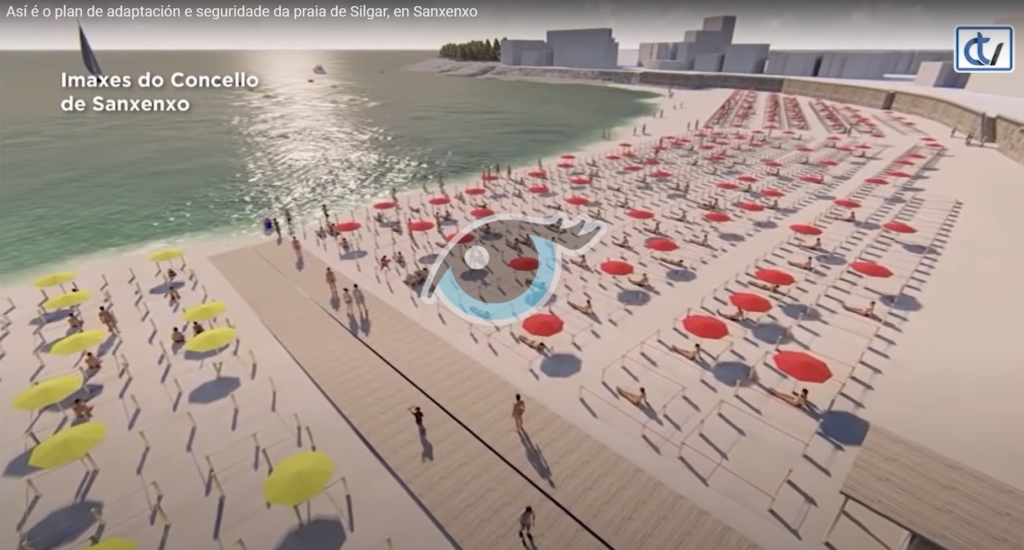 Golf courses have been maintained ever since the lockdown was announced in Spain on the 14th March, producing losses day by day. So they are still better off with a couple of clients playing than keeping on cutting and watering the lawn for nothing in return. Thus, probably the overwhelming majority will open for players from the beginning of Phase 1 of the deconfinement. On the coast 90% of their clientele is made up of foreigners, while 10% are local players, with the majority of them being club members, so golf courses will need to rely on them for a start.

There have been many studies prepared by banks, government institutions and industry professionals to predict what will happen on the real estate market. As for properties on sale they all agree that there will be a price decrease, but practically that is where similarities stop. For 2nd-hand properties the expectation is about a 6-12% price fall, whilst for the new builds the consensus is even more blurred. We have seen already decreasing prices in the mentioned range for 2nd-hand units, but new builds still resist. In this latter segment most probably smaller developers – which practically operate as family businesses – with a heavy debt burden will be forced first to lower their prices, and it is to be seen how the big players will react to that. To this we have to add that the 2008 crisis has swept out the market pretty well and taught a god lesson to the ones still standing, which now results in a generally well-structured market with more solvent players than in the pre-crisis era. Through some informal talks with larger developers on the Costa Blanca I have the impression that for a couple of months at least they will certainly hold out without any price drop, and they will rather be giving more flexibility on payment terms (many of them are announcing refundable deposits now). Only one of them has started to offer furniture vouchers in the value of 14-18,000 euros (well, this can be regarded as a price decrease, but it is only valid if the reservation is confirmed within the official period of state of emergency).

For now it seems that the price fall of new builds will mainly depend on how hard the rebound – forecasted by the majority of experts – will hit the country and Europe in general. If the de-escalation process is interrupted, and thus the just restarting tourism and international travelling, even big developers will be forced to turn to harder and more painful measures, such as price reduction. Anything else is just pure speculation at the moment.

If you have any personal experience or opinion about the current Spanish property market, do not hesitate to comment below or tell it to us in an e-mail, so that we can share with our readers a broader view of the situation.

If you are not yet amongst our newsletter subscribers, you can catch up with it here.